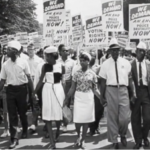 In January, Georgia’s Democratic voters pulled off an astonishing feat: In a state that had been reliably red for generations, they sent two Democrats to the U.S. Senate. Georgia is now represented by its first black Senator, the Rev. Raphael Warnock, and its first Jewish Senator, Jon Ossoff. Their victories were all the more miraculous because they defeated two Trump-kissed candidates, David Perdue and Kelly Loeffler, in a runoff, in which Democratic voters have traditionally been less likely to show up at the polls.
In truth, Stacey Abrams, LaTosha Brown and other voting-rights activists were given an unexpected assist by then-President Donald J. Trump. He convinced so many Georgia GOP voters of the Big Lie — the election had been stolen from him —that untold thousands of them either didn’t bother to come back to vote in the runoff or completed only the lesser races on their ballots, skipping over Loeffler and Perdue.
How have Georgia Republican officials responded to those unexpected losses? Have they busied themselves with new policies and programs that would appeal to a broader cross-section of voters, such as raising the state minimum wage and expanding Medicaid? Have they finally decided to ditch Trump and his outrageous lies about a stolen election?
On, no. Instead, Georgia’s GOP-controlled Legislature has gone into overdrive placing more barriers in front of the ballot box, including some aimed directly at black voters. There was such an outcry over the initial plan to ban early voting on Sundays— which would have ended the popular “Souls to the Polls” initiatives in which many black churches transport members to polling places — that the lawmakers backed down. But the bill is nevertheless a vast collection of barriers to the vote, including a proposal to drop no-excuses absentee voting and to restrict drop-off boxes for mail-in ballots.
There is only one effective response to this blatant effort at voter suppression: Congress must pass a strong voting rights bill to replace the 1965 measure, which the U.S. Supreme Court gutted in 2013. That will likely require abolishing the Senate filibuster, since most Republican Senators oppose expanding voting rights for black people.
Instead, GOP Senators will go along with the efforts of their party leaders back home, who, like those in Georgia, have a newfound enthusiasm for blocking the ballot. According to the Brennan Center for Justice, state legislatures have proposed more than 253 initiatives to restrict voting this year alone. Those measures are a clear response to Democratic victories in the White House and the Senate last year — all powered by voters of color.
When the Republican Party started its modern voter suppression campaign at the turn of the new century, it cloaked its agenda in a thin veil of concern for “voter integrity.” The GOP claimed its only concern was to stop fraudulent voting, although they never proved that was a problem.
It was clear, even then, that Republicans’ true motive was blocking a percentage of those likely to vote for Democrats — Native Americans, blacks, Latinos, young adults. Still, their arguments were enough to persuade a majority of the U.S. Supreme Court to uphold strict voter ID laws in a 2008 decision. (After his retirement, the late Justice John Paul Stevens signaled his regret — “a fairly unfortunate decision,” he called it — that he had voted with the majority to suppress voting rights.)
These days, though, the Republican Party has largely forsaken that pretense. Trump’s voter fraud investigation fell apart when it didn’t find any. Instead, the party now claims that it wants to restore voter confidence in the electoral process. That’s laughable since voter confidence has been eroded by leading GOP officials, starting with Trump, who insist on the Big Lie that the last presidential election was stolen.
Let’s be honest about what this is: One facet of the new post-Reconstruction era in which we are living — a hateful “whitelash” to the rising political and cultural power of black and brown Americans and other historically marginalized groups. During the first post-Reconstruction period, the Ku Klux Klan and other white hate groups aimed squarely at black voting rights with intimidation and violence. Their current efforts are less violent but no less anti-democratic.
Congress can stop this with a strong voting rights bill.