Driving the price of gas

Driving the price of gas 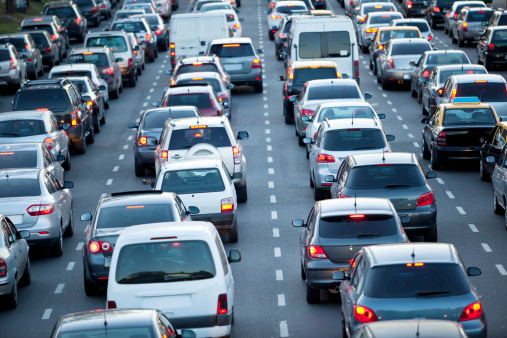 MOBILE, Al. — Americans, especially those of us in the Sunbelt, have been spoiled by relatively cheap and easily-available gasoline. We drive long distances not only for the things we must do, such as commuting to jobs, but also for the things we choose to do, such as commuting to kids’ sporting events. We buy gas-guzzling pick-up trucks and SUVs for those trips and demand that our politicians keep gas prices low.

The current clamor over rising fuel prices serves as a much-needed reminder: The United States ought to be reducing demand for fossil fuels by switching faster to renewable fuels. That would not only reduce our dependance on volatile oil markets controlled by despots but also curb the damage to Mother Earth. If not now, when?

Yet, Republicans, in league with fossil-fuel moguls, continue to object to efforts to expand renewable fuels. Instead, they insist that President Biden has forced oil prices up by clamping down on drilling for oil here at home. It’s the latest variation of “drill, baby, drill.” Mitch McConnell, for example, accused Democrats of waging “a holy war against our own American energy production here at home.”

That’s just nonsense. As blogger Matt Iglesias and others have pointed out, U.S. oil production is higher now than it was under former President Donald Trump. “Across Trump’s four years in office, the United States produced 10.97 million barrels of oil per day, while Biden’s first year saw the domestic production of 11.19 million barrels per day,” Iglesias wrote recently.

It’s been frustrating to watch Republicans play a transparent game of goading Biden to ban Russian oil imports while also blaming him for the rising price of petroleum. They know that many American voters — despite claiming to be ardent capitalists — don’t really understand how capitalism works. Biden doesn’t own the oil fields. They are controlled by private markets.

Many of the most productive oil fields are in countries controlled by vicious strongmen, such as Russia’s Vladimir Putin or Saudi Crown Prince Mohammed bin Salman. They lease those fields to private companies, including some that are U.S.-based but sell their products worldwide. If we want to punish Russia or Saudi Arabia, we can do that by refusing to buy their oil. But that will inevitably increase prices for motorists in the United States. That’s a simple story of supply and demand.

A strong push for renewable energy wouldn’t change any of that in the short term, but it would put the nation — and the planet — in a better position in the long term. And the president should say so, as some of his European allies have. Kwasi Kwarteng, minister in charge of business and energy in the United Kingdom, has tweeted, “The more cheap, clean power we generate at home, the less exposed we’ll be to global gas markets.”

Meanwhile, Biden is doing what he can to ease the burden here at home. The United States and its allies have already released millions of barrels of oil from the strategic reserves, and they should release more. That will help a bit.

Biden should also continue to publicly browbeat U.S.-based oil companies, which are jacking up prices to line their pockets. Last fall, the president was roundly criticized, by some Democrats as well as Republicans, when he pointed to corporate greed as one of the reasons for inflation. But he was right.

Consider this: While oil profits dipped during the pandemic shutdown (workers weren’t driving much), Big Oil has soared back into profitability. According to Fortune, the five biggest companies — Exxon Mobil, Chevron, Shell, BP and Total — are reporting their biggest profits in eight years. Much of that money has been used for stock buybacks, which boost the bank accounts of oil executives. Their greed also explains much of the political resistance to renewables.

Biden, happily, has ignored that and pushed forward, committing, for example, to making the federal government carbon-neutral by 2050. Now, he just needs to explain to Americans that more renewals will hurt oil-producing despots, too.