Life outside the womb?

Life outside the womb? 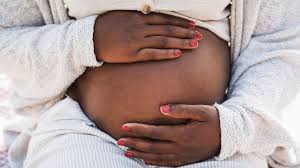 Conservatives seem on the verge of achieving their hard-fought goal of reversing Roe v Wade, the landmark 1973 decision that gave women control over their bodies. A leaked draft ruling previews a frightening commitment to return to the 1950s.

Affluent and well-educated women, though, will not bear the brunt of this decision. In the pre-Roe landscape, there were northeastern and western states where terminating a pregnancy was legal, and affluent women will be able to travel for the right reproductive medical care, should they need it. According to the Guttmacher Institute, 26 states — slightly more than half — are certain or likely to ban abortion. The other 24 states, from Alaska to Hawaii to Massachusetts and New York, retain broad access to abortions for now.

The Guttmacher Institute reports that, in 2014, 75 percent of women who had abortions were low-income — 49 percent of them living below the federal poverty level. Because black Americans are more likely than whites to live in poverty, black women are disproportionately represented among those having abortions. While black women account for only about 13 percent of the female population, that group accounted for 28 percent of those who terminated pregnancies in 2014, Guttmacher says.

Some of the poorest states — Alabama, Mississippi, Arkansas, Louisiana, Kentucky — are among those with “trigger” laws that will ban most abortions immediately once Roe is repealed. It is perhaps no coincidence that those are also among the states with the stingiest social welfare nets.

Women and their children in those states and others need more help. They need decent housing. They need medical insurance. They need nutrition assistance. They need good childcare if they are to work. (In many states, government assistance for the poor is predicated on forcing those adults to seek jobs.)

While proponents of reproductive rights have mostly concentrated their activism on preserving Roe, that activism now must expand to include pressure on Congress and state legislatures to insist that government assistance is dramatically increased for poor families. The poor children who will be born in a post-Roe world are not mere totems for protests or symbols for dissent. They will be actual infants, toddlers and kindergarteners whose mothers don’t have the resources to give them the lives they deserve.

That hardly means that reproductive-rights activists should give up on maintaining those freedoms where they can. They should fight to preserve protections in those states that have not enacted abortion restrictions; they should raise funds to help poor women to travel to receive the reproductive care they need. And they should go all-out to repeal cruel bans on abortion in cases of rape or incest; a handful of states have already mandated such extremes or seem poised to do so.

But the power of advocacy and the funds that fuel it must serve the children who will need food, shelter and medicine. Some Republicans are already feeling the heat, since they are the partisans who resist providing a sturdier social safety net. As just one example, Congressional Republicans have refused to support President Joe Biden’s proposals for cash payments for parents, expanded child care benefits and universal access to pre-kindergarten. Now, some are giving such proposals the mildest lip-service; Sen. Josh Hawley (R-Mo.) told The Washington Post that, if Roe is reversed, “I hope we’ll come forward with new and interesting policy perspectives.”

But the GOP’s half-baked “policy perspectives” don’t pay rent or buy diapers. They don’t pay for doctor’s visits or prescriptions. They don’t provide reasonable childcare options. That’s what poor families need already. If poor women are forced to carry pregnancies to term, they will need that support even more.

Now that conservatives are about to re-make the modern world, they get to re-define “pro-life.” I do hope they mean life outside the womb.