Our crazy killed them

Our crazy killed them 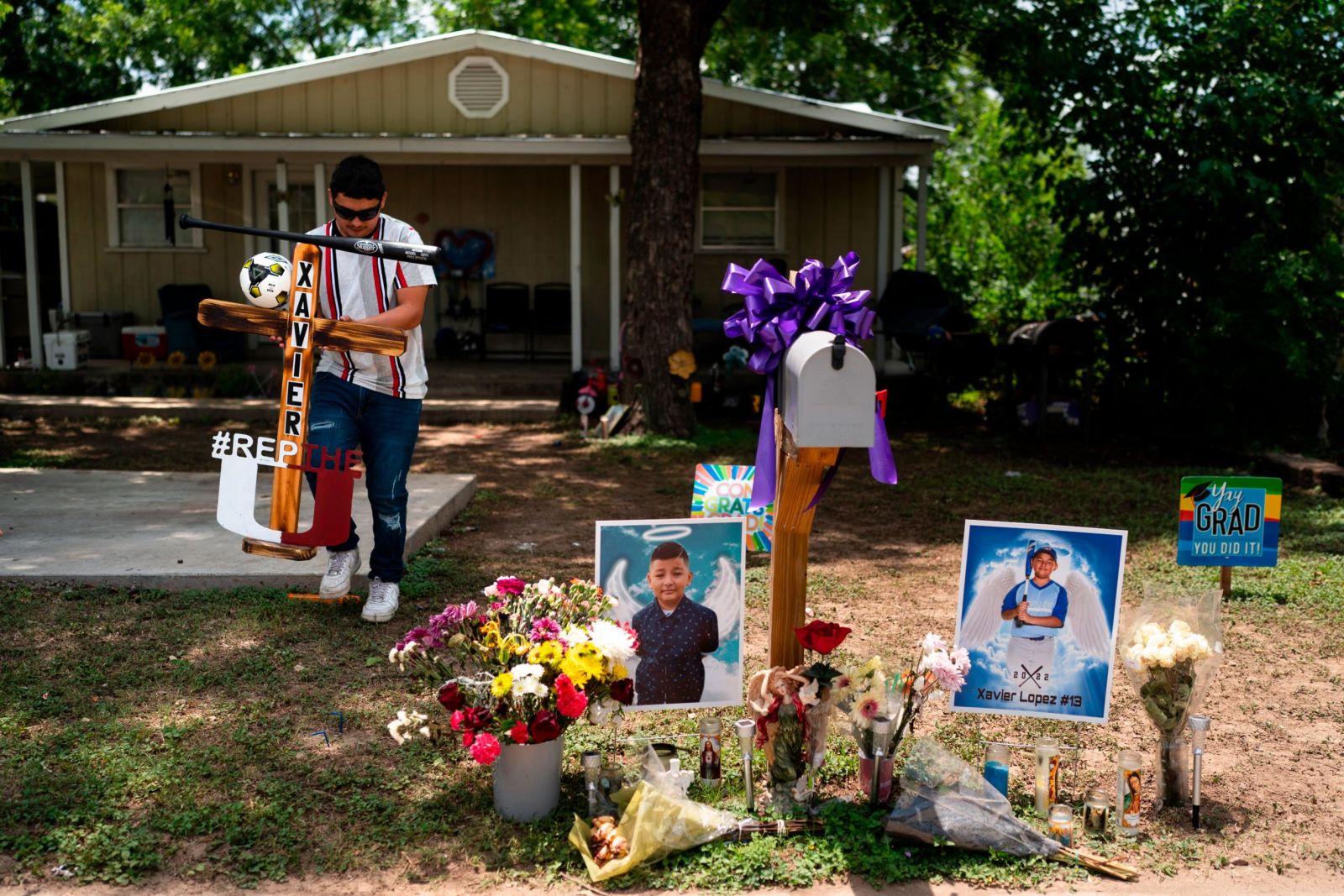 If those precious 4th graders at Robb Elementary School had still been fetuses in the womb — where they were nine or so years ago — they would have been vigorously protected under current Texas law, their welfare ensured over even that of the women who carried them. Any attempted incursion on those tiny clusters of cells could have been reported by a stranger, who would have been rewarded with cash.

But once they exit the womb, their welfare is no longer of paramount concern. There is no cash reward for reporting the intentions of troubled young men who advertise their murderous plans on social media, no loud legislative cabal that insists small children be protected from crazed gunmen. So their 4th grade classroom was subject to invasion by a madman armed with battlefield weapons, where they were slaughtered — their bodies, in some cases, maimed beyond recognition.

The massacre at Uvalde is another sign of a soul-sick nation, another shrieking alarm from a culture sinking into a miasma of corruption, cynicism, greed, bigotry, degrading ambition and a selfish myopia. The sickness metastasizes as we stand by, feigning helplessness, comforting ourselves with “thoughts and prayers.”

The United States of America is among the wealthiest and most advanced nations in the history of human civilizations, a place founded by imperfect men who nevertheless held out the hope for a “more perfect union” of citizens bound together by common aspirations and a commitment to reason and compromise. But compromise is out of fashion, and reason has all but retired from public life.

How long before some contemptible person claims that these helpless children and their teacher were not gunned down? How long before some media “personality,” encouraged by the thousands who tune in to his deceptions, insists that the massacre was a “false flag” to mislead the foolish, another attempt by powerful elites to seize firearms from the righteous?

That’s one keystone of our culture, after all. We are drowning in falsehoods, poisoned by misinformation, sinking in mendacity. No lie is too outrageous to attract believers. Facts are nothing if not fungible.
Another feature of our cultural and political moment is the ability of so-called intellectuals to evade the obvious in order to protect their dogma. The website of the rightwing Federalist published an opinion essay insisting, “Tragedies Like The Texas Shooting Make A Somber Case For Homeschooling.” That’s a fascinating leap, a wild and fallacious bit of non-reasoning, that ignores the two AR-15-style weapons the shooter purchased right after his 18th birthday. It’s a peculiar bit of argument that turns a blind eye to the ease with which he could do so.

We are exceptional, we say. Yes, we are exceptional. No other nation on the planet — plagued though other countries are, too, by the bullied, the battered, the tortured, the troubled — allows such slaughter to continue, day after day, week after week, year after year. A grocery store, a church, a school, all in the span of several days. With no reasonable answer to questions about such “exceptionalism,” Texas Republican Sen. Ted Cruz, a lapdog to the gun lobby, stormed off during recent questions from a British journalist.

The U.S. was born in violence and bred in bloodshed, but the routine carnage of the 21st century has been shocking, nevertheless. Having grown up among men — my father, my uncles, my grandfather — who were avid hunters, I remember a gun culture that encouraged safety and was respectful of the power of firearms. The National Rifle Association of today is wildly conspiratorial, abjectly greedy, proudly reckless and profoundly cynical.

And shamelessly hypocritical. During former President Donald Trump’s address to the NRA’s convention (starting May 27), the Secret Service has banned firearms from the NRA’s convention assembly. Though the gun lobby has insisted that banning guns from any other gathering is a clear violation of the sacrosanct Second Amendment, its members have uttered not a peek of protest.
Meanwhile, the usual suspects — including Cruz, one of the speakers at the NRA convention — go through their usual routines, bits of schtick that have long since lost any meaning. They are covered with the blood of dead children. But, then, so are we all.