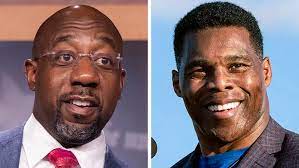 If Georgians replace U.S. Senator Raphael Warnock, a Democrat, with Herschel Walker, a Republican, in November, they’ll be making a poor substitute. Warnock has served Georgia well, while Walker is at least as poorly suited for the job of senator as his buddy, Donald Trump, was for the presidency.

Still, Walker could win easily. He has Trump’s endorsement in a state full of Trumpists. Georgia has been a reliably Republican state for a couple of decades now; Joe Biden’s win there was a surprise, as were the victories of two Democratic senators, Warnock and Jon Ossoff.

Moreoever, Walker is famous in the state, and we are in the age of celebrity candidates. In 2003, Arnold Schwarzenegger was elected governor of California based entirely on a movie career as an action hero. He served two terms.

Qualifications matter less than ever in this era, when voters are swamped by glamourous social media photos, enamored of “reality” TV and primed to believe stardom merits support. Trump’s first presidential campaign was helped enormously by the 14 seasons he spent as host of “The Apprentice.”

Mehmet Oz has also benefitted greatly from his celebrity in his campaign to become a U.S. Senator from Pennsylvania. Having spent years touting quack medicine, paranormal nonsense and pseudoscience on his television show, he recently narrowly won the GOP nomination for the Senate seat vacated by retiring incumbent Pat Toomey. (Though he registered to vote in 2020 at his in-laws’ Pennsylvania address, Oz has spent much of his adult life in New Jersey.) He, too, has Trump’s endorsement.

Football stardom is especially potent in the Deep South, where college football holds as much sway as conservative politics. Alabama elected the spectacularly unqualified Tommy Tuberville to the U.S. Senate in 2020, not only because he vowed fealty to Trump but also because he had spent years as football coach at Auburn University.

Georgians knew Walker as a football star long before his friendship with Trump propelled him into politics. Walker was a spectacular running back at the University of Georgia, winning the Heisman Trophy in 1982. Trump was owner of the upstart New Jersey Generals of the U.S. Football League when Walker was drafted by the team in 1984. After a brief stint, Walker went on to an NFL career, playing with, among others, the Dallas Cowboys and the Minnesota Vikings.

Walker’s football fame will help him to win over voters who aren’t paying close attention to the stupid answers he gives to questions about policy or to the lies he has told over the course of his career. Indeed, lying about past achievements is one of the things Walker and Trump have in common.

Also like his mentor, Walker has exaggerated his achievements in business. He has told reporters several times that his company, which distributes chicken products, employed hundreds of people and grossed $70-$80 million in sales. But when he applied for a federal Paycheck Protection Program loan in 2020, he said the company had only eight employees, according to The Associated Press. And in a lawsuit, AP reported, he said the company averaged about $1.5 million annually in sales.

Walker has also mimicked Trump by promoting dubious cures for COVID. In a 2020 podcast with rightwing provocateur Glenn Beck, Walker said, “Do you know I have something that can . . . clean you from covid as you walk through this dry mist? As you walk through the door, it will kill any covid on your body. EPA-, FDA-approved.”

Warnock, by contrast, is the well-educated and thoughtful pastor of Atlanta’s historic Ebenezer Baptist Church. As senator, he has pushed for such measures as expanded voting rights and a higher minimum wage. It would be shameful for Georgia to trade him in for Walker’s shallow celebrity.