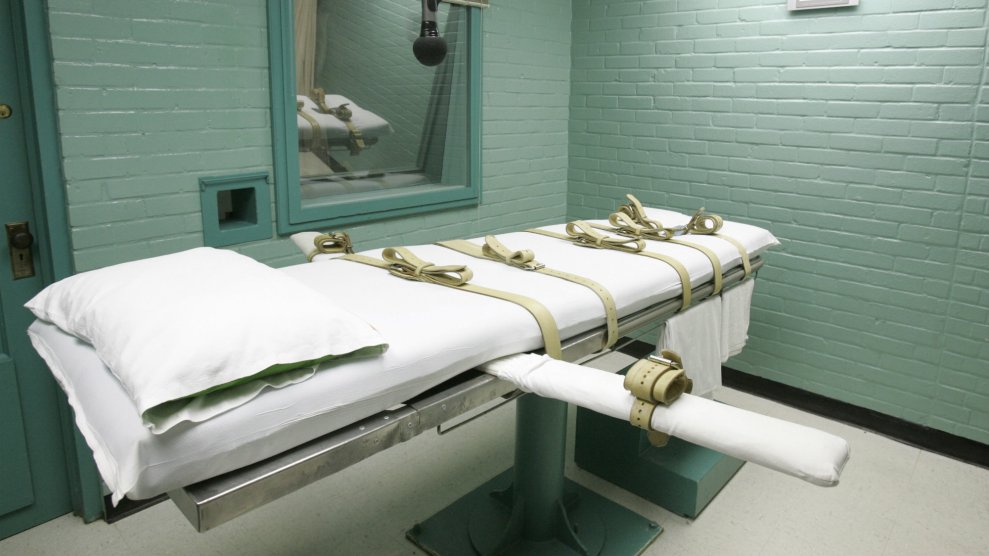 MOBILE, AL. — You have probably heard about the sideshow put on by Alabama prison officials just before a scheduled execution late last month: A female reporter was hounded and humiliated over her skirt and her shoes. But you may have heard less about the main event, the execution, which was carried out despite pleas for mercy from the family of the victim.

Joe Nathan James Jr. became the second man executed on death row this year in Alabama, which has the highest per capita death sentencing rate and one of the highest execution rates in the country, according to the Equal Justice Initiative. Though Alabama’s leading politicians and most of its voters cling to the motto “pro-life,” they are not — not by any definition.

Since 1976, the state has had 70 executions and nine exonerations, a “shocking” error rate, EJI says. But Alabama’s political system is unmoved by those exonerations, though innocent people would have been murdered by the state but for the luck of a successful legal intervention. The state is too stingy to provide decent lawyers for defendants facing death row. Its governors are also stingy with their clemency; a governor has commuted a death sentence once since 1976.

Alabama was also the last state to abolish the practice of judicial override, which allowed judges to impose capital punishment even if the jury voted for life imprisonment. In 2010, according to EJI, roughly 20 percent of the defendants on Alabama’s death row were placed there by judges overriding juries who were inclined to show mercy, a practice that was finally banned in 2017.

James was not placed on death row by judicial fiat; the jury put him there. Nor does there seem to be any doubt of his guilt. He committed an egregious crime. In 1994, he forced his way into an apartment and shot dead his former girlfriend, 26-year-old Faith Hall. Her daughters were then only six and three.
But here is the remarkable part of the story: Daughter Terryln Hall and her sister Toni have found a way to forgive James, and they pleaded with Alabama officials to spare his life.

“I did hate him. I did. And I know hate is such a strong feeling word, but I really did have hate in my heart. As I got older and realized, you can’t walk around with hate in your heart. You still got to live. And once I had kids of my own, you know, I can’t pass it down to my kids and have them walk around with hate in their hearts,” Terryln Hall told The Associated Press.

That is a powerful testament to the restorative power of forgiveness, a fundamental Christian tenet. Alabama’s conservative political class wears the mantel of Christianity, even though they seem oblivious to what it means. Mercy is nota part of their definition.

Instead, the high priests of the Alabama Department of Corrections invest their intellectual and emotional energy into judging the wardrobes of women journalists who come to cover executions. When Ivana Hrynkiw, a reporter for AL.com, arrived at the media center of the William C. Holman Correctional Facility to report on James’ execution, she was told her skirt was too short and her open-toed shoes inappropriate. It seems the modesty of a female witness is important when the state is injecting a man with poison to put him to death.

James was executed on the evening of July 28 after hours of delays caused by the death squad’s inability to inject him properly. Alabama Gov. Kay Ivey claimed she had to fulfill her obligation to “the law, to public safety and to justice.” But the law allows her to commute the sentence, and public safety was already served with James’ imprisonment. As for justice, the victim’s family had made it clear they wanted no part of state-sanctioned, eye-for-an eye retribution.

At least Hrynkiw was there to cover it. Undeterred by the 18th-century mores of prison officials, she borrowed fisherman’s waders from a male photographer from a different news outlet and wore those, along with some tennis shoes she had in her car. Her consummate professionalism ensured that we knew what those God-fearing government officials were doing in our name.